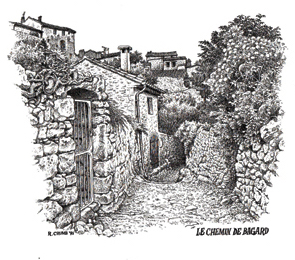 By the end of the 1980's, with suburban sprawl increasing, the Crumbs became disgusted with America and, at Aline's instigation, decided to leave. Robert exchanged some of his sketchbooks for their new house in the south of France. Crumb’s friend, Terry Zwigoff, filmed Robert and his family before they moved and the resulting documentary “Crumb” achieved some success at the box office in America and some countries in Europe.